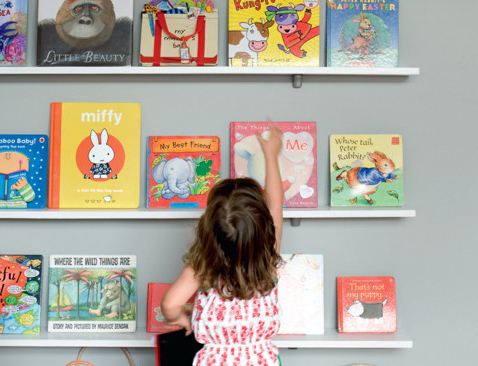 It is the mission of the Thompson Public Library, through the provision of informational, educational, cultural, and recreational library materials and services, to ensure the right to free and open community access to diverse information and ideas fundamental to a democracy.

Thompson Public Library is committed to ensuring equal access and participation for all people, regardless of their abilities.  We are committed to treating all people in a way that allows them to maintain their dignity and independence.  We believe in inclusion.  We are committed to meeting the needs of people who face accessibility barriers by identifying, removing and preventing these barriers by meeting requirements of The Accessibility for Manitobans Act.

Thompson Public Library adheres to the following values of access and inclusion:

– identifying and removing barriers to information, facilities, programs, and services;

– building, renovating, and maintaining facilities accessible to all;

– making our information, programs, and services readily available to everyone in the community;

– using technology to expand what we do and how we do it;

– maintaining a strong web presence that extends our reach in the community and beyond.

In the fall of 1961, the Thompson Ladies’ Community Club had to decide its future. A decision was made to continue to operate for at least one more year and the establishment of a lending library was chosen as the new project for the club.

Permission was obtained to use space in No. 1 School for the library. Donations of books were obtained from citizens of Thompson, and by opening day, February 28, 1962, the library boasted a collection of over 500 donated books, supplemented by another 200 on three month loan from University Extension Services.

An opening tea, held to celebrate the event, required the admission cost of the presentation of a book for the new library. The Club also hosted an evening of dessert bridge and an art exhibition to raise money for the new library. The Nickel Belt News, (May 1962), undertook a special project to help the teen-age library reader. Businesses and citizens were approached for donations, and their names were published in a two page advertisement.

With community support, the library grew at such a rate that in November, 1963 there were 3500 books and 532 members and 30 volunteers to keep the library running smoothly. However, larger facilities were desperately needed.

In December, 1965, a grant of $6,898 towards a Centennial project in Thompson was approved, and a public library was voted as the project of choice. The committee consisted of Mr. Arne Sorenson, Mr. H.W. Peterson, Mr. D. Crummey, Mrs. Palmer Nesbitt, Mrs. D. Munn, Mr. C.A. Nesbitt, Mr. W. Beketa, and Mr. and Mrs. Don Morgan. The official opening of the Thompson Public Library took place on September 22, 1967.

An initial establishment grant of $200 from the provincial government was far from sufficient to cover furnishing the new building, and once again the Library Board relied on donations from community organizations, such as the Kinsmen and the Kinettes, who donated $5,000, to provide furnishings.

On May 1, 1968, the first paid staff members were hired, with Mrs. Peggy Henderson as Library Administrator. Problems with space soon developed in the mid 1970’s — there was simply no room for new materials on the shelves. Expansion was necessary.

In May, 1976, the Library Board, chaired by Mrs. Faye Hansen, met with the Thompson City Council and discussed the need for more space. In late 1976, approval was given for the Library Board to prepare preliminary plans and estimates for an addition. Number 10 Architectural Group of Winnipeg was hired, and by the end of November, the new addition was sufficiently complete that the staff members were able to begin transferring books to the new area.

The Thompson Public Library has continued to grow since the completion of the new addition. The catalogue now contains over 30,000 items, both purchased and donated, with a circulation of more than 60,000 items per year. In 2006 an historic partnership agreement was signed by the Chief and Council of the Nisichawayasihk Cree Nation and the Thompson Public Library to create a branch library in the Atoskiwin Training and Employment Centre in Nelson House.

Thompson Public Library has story times for young children, reading programs, and free movies in a surround sound theatre, the Basement Bijou. Guest authors and artists, both local and Canadian give presentations to the public, organizations utilize our space for presentations and programs, and the Thompson Library is a host facility for the Reel North Film Festival.

The Thompson Public Library moves toward the future with online databases and encyclopedias, downloadable audio, free internet access for patrons, and the construction of a new website. As always, the Thompson Public Library has books for all ages, both paperback and hardcover, magazines, talking books, large print books, CDs, VHS and DVD movies, and access to items located in other libraries in Manitoba and Canada.

In the words of a previous employee, “all in all, the Thompson Public Library, with its 10,000 square foot building, featuring plenty of room for browsing… has come a long way from the little room in No. 1 School in 1962, which featured 700 donated books and 30 eager, very determined volunteers”.

How to get a membership

*If you do not currently have a current Thompson address or you do not yet have identification, please ask us for alternatives.

Borrowing from the library


IF YOU HAVE QUESTIONS?

For general questions about the library: info@thompsonlibrary.com

For questions about borrowing books from other libraries: interlibraryloans@thompsonlibrary.com

Thompson Public Library has access to NNELS (National Network for Equitable Library Services) and audio books are available for free downloads. Please ask for further information on how to access this service or visit nnels.ca

We look forward to hearing from you!